Are You Good Enough? Compared to Whom? 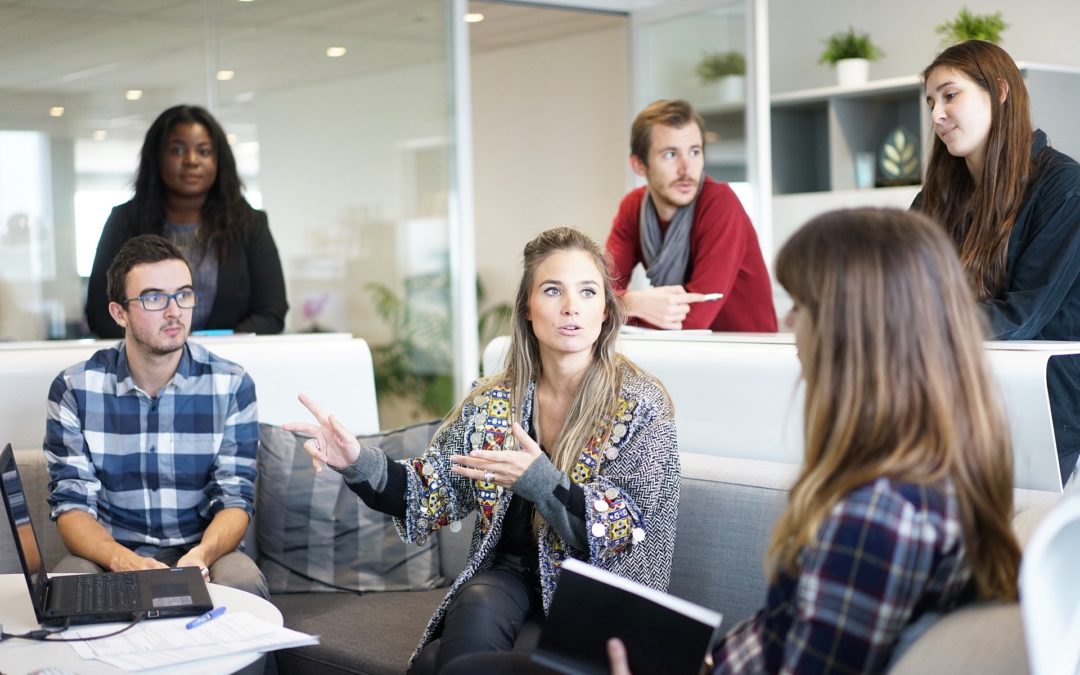 I recently presented a workshop to a group of fellow coaches at an International Coaching Federation meeting. I realized that my style, my approach and my very message were not consistent with what most people did. Afterwards, I had a moment of questioning myself, “Should I have been more of what they were expecting?”

Silently, I laughed to myself as I realized that after all this time, there was still a bit of me that questioned if I was doing what they wanted – did I live up (or down) to their standards? And I quickly remembered: “Their standards” – who are They? And why would I give away my opinion and worth to some unknown “they”?”

What are “THEY” thinking?

My unsolicited advice: Stop measuring yourself against what you think other people are thinking you should do or be. It sounds simple, but how often do we go into a job or a meeting or a project and look to measure up? We get built up when our boss praises us and we get down when they don’t. It’s interesting that typically when our boss praises us we tend to accept it (“I have a great boss! She is always so supportive of me”); yet when she corrects us or reprimands us we tend to become negative – either to ourselves or to the boss (“She never appreciates anything I do” or “I’m such an idiot”).

I’m not suggesting that we exclude what is expected or what others think; I’m saying don’t give away your own measure of right and wrong, good and bad, to some unknown beings.

Don’t get too excited when people say great things about you, or too down when they say horrible things about you. I shake my head when I hear the old adage “Sticks and stones may break my bones but words can never harm me”. This was obviously said by someone who had never been verbally bullied or publicly humiliated. Of course, words can harm us! But only if we allow them to.

I spent so much time and energy trying to do and be what they thought I should be.  Of course, who was “they” and why did I allow their opinion to dictate what should be right for me?

As newborns, our very livelihood is dependent on someone else – without “them” we do not have food, water, safety or shelter. We are conditioned from birth that we must please “Them” in order to survive. In the United States, this conditioning continues throughout our growing up. In preschool, we get to play when “they” say it is OK, and sleep when “they” say we should.  Throughout elementary school, conditioning to conform and please others continues. Often, in the teen years, when it is natural to try to rebel against authority and find our own footing, we are punished or ridiculed.

It is no wonder then that once we enter the work force we are looking out to determine who “they” are on which our survival will depend!

To understand your value, you need to look at your sense of Self-Worth vs. Self-Esteem. While these two terms are often interchanged, they have very different meanings. Self-worth is defined as the opinion you have about yourself and the value you place on yourself. It is, in essence, exactly what it says – what you think you are worth. Self-esteem, on the other hand, is a favorable opinion or high regard for something or someone. Self-worth comes from INSIDE – who we are; self-esteem comes from OUTSIDE – how we are doing.

It is entirely possible that we will have a healthy sense of self-worth; however, our self-esteem may fluctuate based on the situation in which we find ourselves.

When entering the workforce or a new job, it is important to understand that others quite likely know the environment better than you; therefore, your self-esteem may – and in my opinion – should be reduced. However, your self-worth – the value you place on yourself – can remain very high as you learn your new environment, subject and situation.

I am not advocating totally ignoring the norms; neither am I suggesting that our self-worth is in the hand of “them”. Responses that I have seen – and experienced – vary from two extremes or somewhere along a continuum. On the one end we minimize our value; on the other end we exaggerate our value.

Carl Rogers, considered by many as one of the most influential psychologists of the 20th century, defined a fully functioning person as “one who is in touch with his or her deepest and innermost feelings and desires… these individuals understand their own emotions and place a deep trust in their own instincts and urges.” (Rogers, 1962) Rogers believed that a fully functional person was “able to live fully in the here and now with personal inner freedom.” A fully functional person, according to Rogers, does not place conditions on his or her own worth – thus knows their value, (i.e., has a healthy sense of self-worth).

Psychologists refer to “under-functioning – over-functioning” patterns that are often familiar in couples. Under-functioning people may be described as those who do not know their value and thus place conditions on his or her own worth. They often rely on others taking the lead and relying on others for advice or making decisions.  Over-functioning people tend to be overly focused on another person’s problems, they offer frequent advice, and may believe “if I don’t do it, it won’t get done.”

I have found that this dynamic is not limited to couples, but is also very prevalent in the workforce. A person who does not know their value – either because of youth, lack of experience, or continued reinforcement by an “over-functioning” person – will continue to look to others to validate their worth.

Are You working with Idiots?

In coaching senior leaders, the one word that I heard more frequently than expected was “idiots”.

“If only those idiots would do their job.”

“I work with a bunch of idiots.”

“My boss is such an idiot.”

An idiot is defined as a stupid person or an utterly foolish or senseless person. The people who made these comments about their colleagues / subordinates / bosses / customers were in work environments where a certain level of intelligence was required. So how has our workforce become so full of stupid or utterly senseless people?

What I began to notice was that it wasn’t so much that they were idiots – they just weren’t doing things the way the other person thought they should.

While on the one end of the spectrum there are people who don’t value themselves, on the other end is the person who doesn’t value the other. I can hear the protests now, “NO, you don’t understand.  They REALLY WERE idiots!”. Probably not.

When they were being an “idiot”, were you really listening to what they were saying with the goal of understanding, or the goal of telling them why they were wrong?  In Stephen R. Covey’s bestselling book, The 7 Habits of Highly Effective People, the fifth habit is “Seek first to understand, then to be understood”.

“Yea, yea – I read the book. But Covey didn’t really understand that sometimes I was pretty darn certain I was right. I needed to understand their position so I could explain why they were wrong!”

Think about it for a moment. When you have a conversation with the ascribed “idiot”, what are you hearing? What are you trying to understand?

We filter what we hear through our lenses of past experience and understanding. “Yes, I had the same thing happen to me”. Well – not exactly. You did not have the exact same thing in the same environment with the same baggage that they have. Rather than rushing to “understand”, listen first.

When we over-value ourselves, and under-value the other, we don’t allow ourselves to hear and really understand. You are probably reasonably (or very) smart, have been successful, and are pretty good at what you do. But the other person (your so-called-idiot) also is.

Rather than dismiss this idea, the next time you find yourself “dealing with the idiot”, ask yourself the following questions and listen with curiosity to the answer:

The answer to a healthy sense of self-worth and self-esteem cannot be answered in a simple saying, single article, or any one single thing. It is a continuous awareness that YOU have great value – and so do THEY.  Recognize your value, appreciate theirs.